Suzuki was founded in 1909, although it did not produce its first car until 1955. It has been the largest manufacturer of compact cars for several years in a row, although it also focuses on off-road cars.

Some of its most popular cars include the Vitara, which has a modern design and has established itself as a reliable off-roader. Among its compact cars, the Suzuki Swift has won awards in Japan for best car of the year.

Among the most demanded models are: 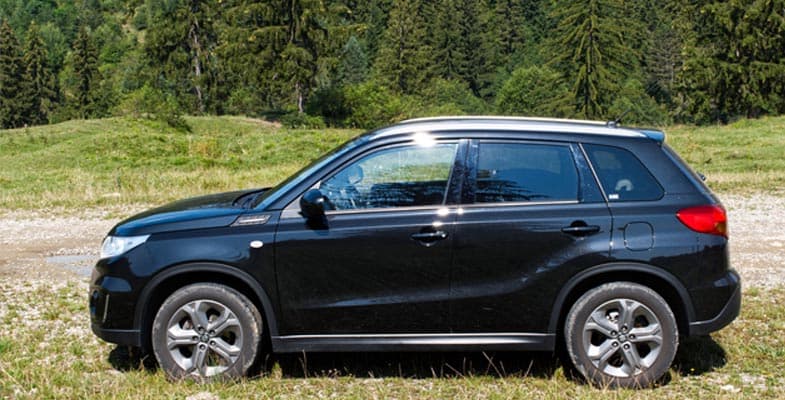 Suzuki Vitara is the favourite choice of many families looking for a spacious and versatile car; it is a practical car that performs well in all kinds of situations. If you are interested in buying it second-hand or semi-new, continue reading to find out more about it.

Among the Sukuzi Vitara's positives are its attractive design, handling and good equipment. The ride feels smooth and it's a fun car to drive in curves, and you don't feel any imbalance from the hybrid version that has to accommodate those extra batteries.

Inside, there are folding seats, which don't hide completely but do give the boot some extra space. The infotainment system is very complete and has a touchscreen from the most basic versions. It has bluetooth connection so you can connect your android or iphone mobile phone; the higher range versions incorporate a rear camera to make parking easier.

Its 3-cylinder engine is available in both diesel and petrol with options from 111, 120 and 140 hp. Many consider the 111 hp 1.0 BoosterJet engine to be the most versatile option for both city and highway driving. Those looking for four-wheel drive will have to look at the Allgrip version, with four driving modes, with the automatic mode activating the rear wheels only when necessary.

The truth is that the Suzuki Vitara handles well off-road, even better than many of its rivals. If you like adventure and you also want a city car, a used Suzuki Vitara may be the option you've been looking for.

The latest versions of the Suzuki Vitara have a non-plug-in hybrid engine, so while you drive the car's system will try to make the engine more fuel efficient.

Alternatives to the Suzuki Vitara include the Nissan Juke, Renault Captur and Toyota C-HR.