Volvo was founded in Sweden in 1927 and built its first car in 1929. It would not stop growing under the influence of other brands until 1940 when it became the favourite car of taxi drivers of the time. The brand has always been known for offering safe vehicles, being the first to use 3-point seat belts in 1959 and the lambda probe that measures the quality of the air expelled. Always innovating, at the end of the 20th century it built the S80, which was considered the safest commercial vehicle in the world.

Volvo produces cars that stand the test of time and mileage very well. From sports cars to utility and family cars, so we are sure that if you want to buy a second hand Volvo in Malaga, you will find it at a good price.

Volvo is currently developing its models with electric, plug-in hybrid and fuel models, both light and micro hybrids, although the fuel models are still the most competitively priced when bought new.

Volvo's most popular cars include the following: 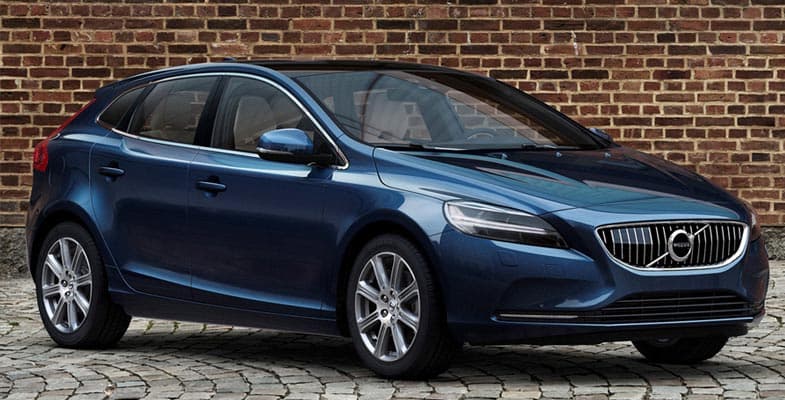 Volvo V40 is a compact car with attractive lines and a comfortable interior; it catches the eye from the first glance, although it was discontinued in 2019. Maybe later we'll see it reborn as an electric or hybrid car, but for now if you want to get your hands on one the only possibility is second-hand. Is this the car for you? Let's get to know it a little better.

The brand is known for always offering above-average safety features, so this Volvo V40 is no different. Automatic emergency braking is standard, as are 7 airbags and even some outside the vehicle, to protect any unfortunate pedestrians. It's scored top marks in European crash tests, so it's safe to say that Volvo hasn't lowered the bar and continues to deliver the safest cars on the market.

One thing people complain about is the interior, and it is not a lack of quality, but a lack of renovation. The essence of the previous generation is retained to a fair degree. It doesn't have to be a negative point, unless your previous car is a Volvo and you expect a big design change when you renew it. As for the boot, although smaller than its main rivals, it's still an adequate size for most uses so it shouldn't be a problem when choosing this car.

It has a soft suspension, which makes it very comfortable when it comes to absorbing small bumps and potholes in the road. It's also fun to drive and the sound of the engine won't bother you, the cabin is well soundproofed and there's hardly any vibration at all.

As an alternative to the Volvo V40 you may be interested in the BMW 1 Series, Mercedes A-Class, Audi A3 or Ford Focus. 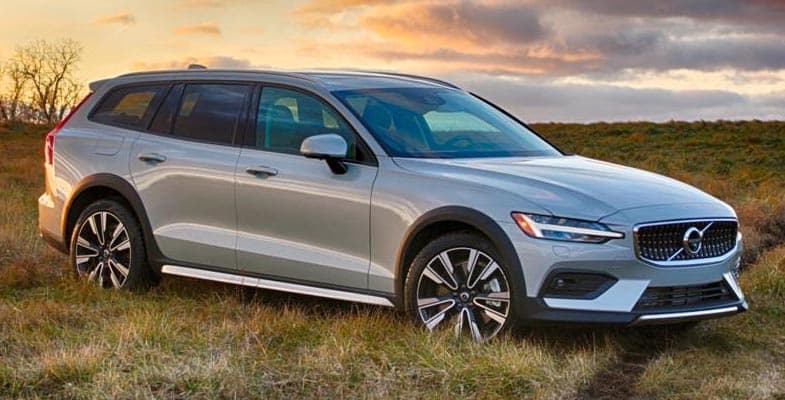 The Volvo V60 has survived the test of time and although it is not yet available in an all-electric version, it is available in a hybrid and plug-in hybrid version. It's an attractively designed family car that also offers great interior comfort.

When it comes to building family cars, Volvo is usually the undisputed winner. They know how to make cars that are comfortable, spacious, safe and practical. The interior of this model has a simple space dominated by a large 9-inch screen in the centre of the dashboard with a few buttons underneath. The instrument cluster is located on another screen, always in keeping with the minimalist design that the brand has chosen to implement.

The interior is spacious, as we have already mentioned, both for front and rear passengers. And let's not forget the boot, which is among the largest in comparison with its competitors. The basic version of the Volvo V60 has plenty of standard equipment, if you can find it at a good price.

It is available in petrol and diesel hybrid engines, with power outputs of 163, 197 and 250hp.

Volvo V60 is not cheap new, especially if you want it in its plug-in hybrid version. If you want to get the best value for money, we recommend looking at used car dealers. You can find pre-owned or used Volvo V60s for a good price.

Alternatives to the Volvo V60 are the BMW 3 Series, Mercedes-Benz C-Class or Audi A4. 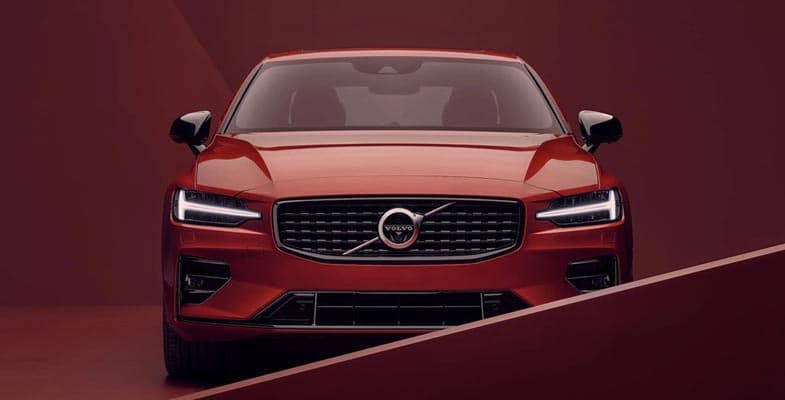 Volvo S60 manages to combine comfort, convenience and luxury in a car with a great finish and an undoubtedly bright future.

Its minimalist design is appealing and catches the eye from the outside. Inside, there are hardly any physical buttons, with most of the controls being transferred to the touch-controlled 'SENSUS' infotainment screen in the centre of the dashboard. The 442-litre boot is not one of the largest, although it seems sufficient for everyday use; this space is reduced in the plug-in hybrid versions to 390 litres due to the space required by the batteries.

Safety, as you would expect from Volvo, is a major feature of this model with a large array of driving aids such as the semi-autonomous driving system and other passive safety features that we have already discussed in other models.

The Volvo S60 comes with either front-wheel or all-wheel drive, depending on the version chosen. It is available with 4-cylinder petrol engines with 197 hp and 250 hp. There is also a plug-in hybrid version with four-wheel drive with 400 and 415 hp.

Finally Volvo S60 stands out for its exterior and interior design, it is a car that you will like to see and experience. Plus all of Volvo's safety features and driving aids come as standard, so you'll be investing in the latest technology without having to overspend on versions that are out of your budget.

Alternatives to the Volvo S60 include the BMW 3 Series, Audi A4 and Mercedes C-Class. 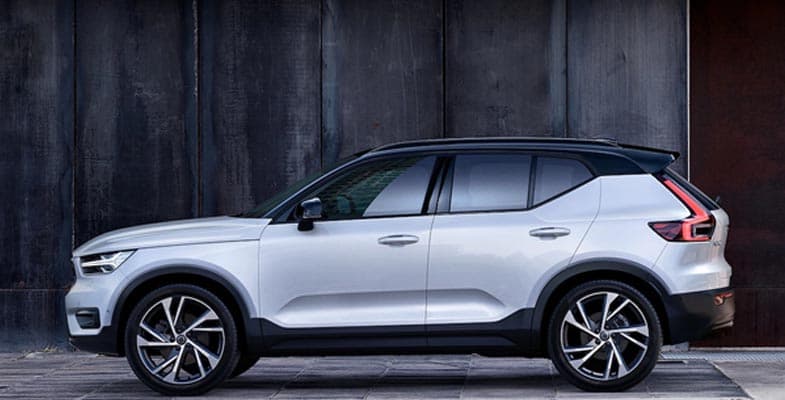 Volvo XC40 has not only survived, it has adapted and is now available in both plug-in hybrid and all-electric versions, the later one at a significantly higher price.

It's a luxurious, family-friendly car with a youthful design but one that will appeal to all types of users, especially at an attractive price for all it has to offer. The interior reminds us of the latest trends in its large 9-inch high-resolution infotainment screen that dominates the central dashboard and is controlled as if it were a mobile phone. When we sit inside, we notice a wealth of details that make it a luxury car, albeit at a significantly lower price.

The space is similar to that of an MPV, something that families will particularly appreciate. If you're looking for a sportier feel, look at the R-Design version.

Engine power starts at 129 hp or 163 hp from the 1.5-litre three-cylinder engine with front-wheel drive. Another option is the 2.0 engine with mild hyibrid technology and optional automatic gearbox, with 197 hp or 250 hp plus 14 hp from the electric motor. The plug-in hybrid engine offers 211 hp and 262 hp.

The XC60 and XC90 versions are also available, but only with plug-in hybrid power.

As alternatives to the XC40 we find the Audi Q3, the Mercedes GLA or the BMW X1, all compact SUVs in the premium category. 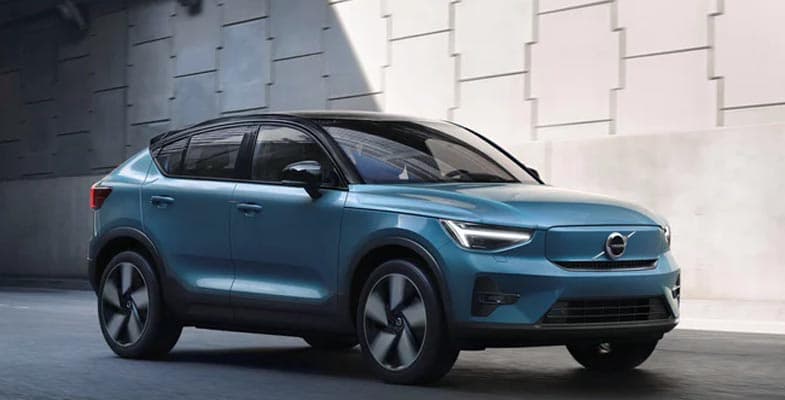 Volvo C40 is the brand's new all-electric generation starting in 2021, so it will still be hard to find second-hand. But let's get to know it a little better, as we are sure that from 2022 onwards it will be available at a good price from pre-owned or zero kilometres.

With its coupe body this SUV is striking from the outside, it seems to invite us to sit behind the steering wheel to experience everything that the brand wants to transmit in this new generation of Volvo. We can say that aesthetically this car is one of the best designed by the brand, from its front to the fall of the boot bring a dynamism that we love. The interior reminds us of the Volvo XC40, which is positive and gives us a good vibe.

The 444-litre boot can be extended by folding down the rear seats, so it won't be a problem in everyday use. The interior features an Android system that can be upgraded, as well as the semi-autonomous driving system and LED headlights with digital technology.

The Volvo C40 comes with all-wheel drive and a 404 hp electric motor. The range is one of the most controversial points in electric cars and this model offers us the not inconsiderable figure of 420 kilometres. Its battery has a capacity of 75 kWh with an average consumption of 18 kWh per 100 kilometres; undoubtedly much cheaper than a petrol car. The batteries allow fast charging, so it can go from 0 to 80% in about 40 minutes.

How much does it cost? Well, if you buy it new, the €53,000 price tag may be out of your budget, in which case you can wait until it hits the second-hand market. You can also contact us for advice and we will find a vehicle that suits your tastes and needs, we are sure that we will find the vehicle you are looking for.

Alternatives to the Volvo C40 include the Lexus UX300e, Mercedes EQA and Audi Q4.