We have no cars available with those features. Please choose another brand or go to our list of used cars for sale in Malaga..

Although the Mitsubishi group began its journey in 1870 as one of Japan's leading shipbuilders, it was not until 1917 that it created the first mass-produced car in Japan. The brand name means "three diamonds" and today Mitsubishi is made up of a consortium of Renault, Nissan and Mitsubishi itself, and is one of the most popular Japanese brands with both new and used car buyers.

Since its inception the brand has won numerous awards, including the Dakar Rally. Mitsubishi produces numerous models, many of which never leave Japan or are available only on some continents; in Europe, the Mitsubishi Lancer, Eclipse coupe, Pajero, Montero and Granada SUVs have been popular over the years.

Interested in a used or pre-owned Mitsubishi? Mitsubishi is known for the longevity of its models and a distinctive style that appeals from the first glance. Continue reading to find out more about some of their most popular models:

The first thing that strikes you when you sit inside is its capacity; it's more than you'd expect in a car like this. Make no mistake, there's no miracle or inter-dimensional space inside, but our legs won't touch the sides as we drive. Its 274-litre boot is small, but adequate for the size of the package; anyone interested in this car is certainly not looking for the space of an Outlander, but with that in mind the interior does not disappoint.

Driving this model feels easy, with nothing negative to report. Passengers will travel comfortably, with the exception of the middle rear seats where a child might be more comfortable.

This Mitsubishi model has not yet jumped on the hybrid or electric engine bandwagon, so all versions will have a reduced entry price. The latest 2020 versions offer diesel and petrol engines with 71 hp and fuel consumption of around 5.2 litres per 100 kilometres. The cheapest version can be found from €13,000 new while the one with automatic transmission starts at €16,000. These low prices are undoubtedly eye-catching, so in the second-hand market you can find a second-hand Mitsubishi at a much lower price and in very good condition.

Finally, as alternatives to the Mitsubishi Space Star we have the Hyundai i10 or Toyota Aygo among other compact and low priced models. 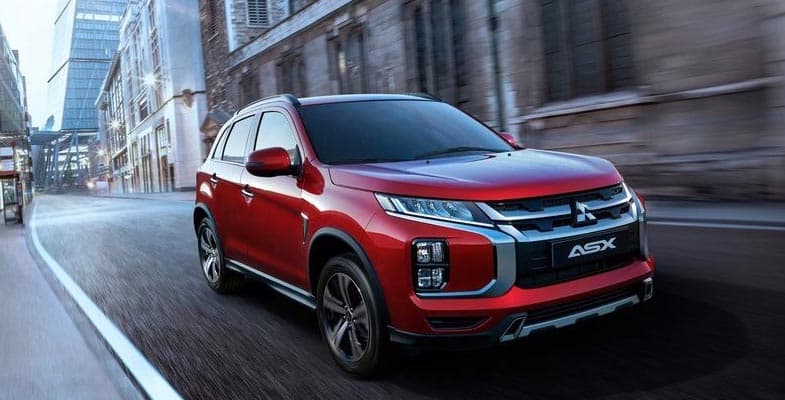 Mitsubishi ASX is the Japanese brand's compact SUV, a stylish and spacious proposition to satisfy most buyers at a price that is quite affordable compared to other brands' offerings.

It's a car designed for everyday use, but you'll also feel comfortable if you're travelling with the family. Inside, it has a 405-litre boot, which, although not the largest in this segment, can be extended to 1183 litres once the rear seats are folded down.

Fuel consumption is between 7 and 8 litres per 100 kilometres, depending on whether we choose the most basic version or the version with automatic transmission and four-wheel drive. Its petrol engines all have a power output of 150 hp, which is enough to provide an immediate response when driving. There is no diesel, hybrid or electric engine option for this model, something we assume will change in its next revision.

Is the Mitsubishi ASX a car for you? If you like its design and want a car with quality details without spending too much, then this may be the model for you. The latest update is from 2019, so you shouldn't have too much trouble finding it second-hand at an even more competitive price. It's priced between €18,000 and €32,000, depending on the version chosen, with four-wheel drive and manual or automatic transmission.

As alternatives to Mitsubishi ASX we find the Nissan Qashqai, Kia Sportage or Renault Captur. 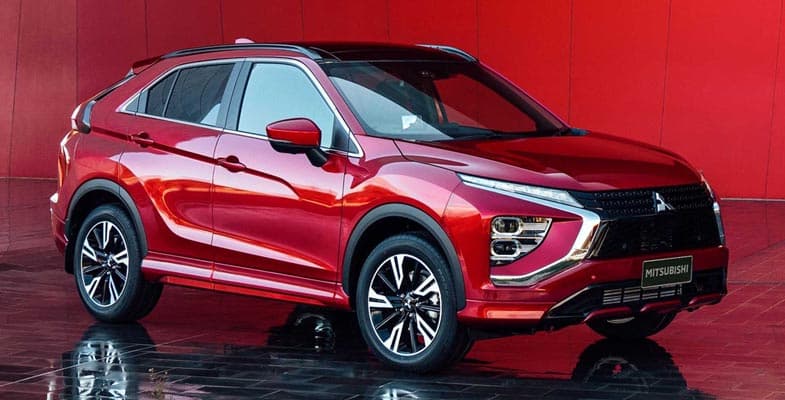 The Eclipse Cross is another compact SUV from Mitsubishi that is looking to carve out a niche in a very competitive market. It is on a par with its ASX sibling, although with some differences such as size, the latter being larger.

Inside, the interior has a simple, continuist design, something that fans of the brand will surely appreciate. The infotainment screen is an 8-inch touchscreen, a generous size by today's standards. While the interior is spacious and comfortable for the occupants, the boot follows in the ASX's footsteps, being smaller than its competitors at just 405 litres, although this is probably sufficient for normal use. Apple CarPlay and Android Auto come as standard, which is welcome.

There are just two engines, a 163 hp petrol engine with automatic transmission and optional four-wheel drive. Another plug-in hybrid with 224 hp and four-wheel drive, capable of up to 45 kilometres in electric mode, but at a much higher price. The hybrid engine's battery is capable of charging to 80 per cent in just 25 minutes using a 22 kW charger.

If you choose four-wheel drive, Mitsubishi uses a system known as Super All Wheel Control. It can send 60 per cent of the power to the rear wheels or divert it to the one with the most grip - ideal for terrain such as snow or where extra traction is needed.

It is priced between €27,000 and €39,000 for its non-hybrid petrol engines. You may be interested in finding a model from last year at a good price, so you need to look for a second-hand model at a reputable dealer like ours. 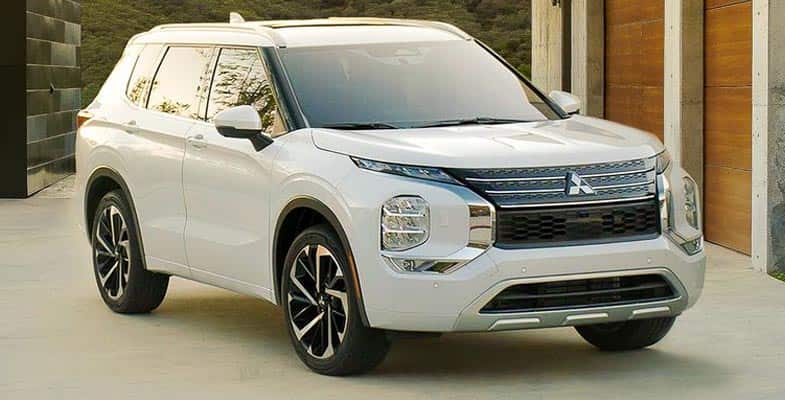 Mitsubishi Outlander is the only Outlander from the brand that offers the possibility of up to 7 seats, making it a perfect option for families who need that extra space. There is also the possibility of purchasing it with plug-in hybrid mechanics, a plus for those who want to start enjoying a less polluting car.

It is available with a petrol engine and 150 hp power at a very reasonable price, although with a somewhat high fuel consumption. There is also a plug-in hybrid version with 224 hp combined power and an electric range of up to 54 kilometres; ideal for those who want to use less fuel and get into the world of hybrid engines.

The latest version introduced in 2021 shows us a Mitsubishi Outlander that has been given a facelift both inside and out. It is much simpler than past versions and features a larger infotainment screen that protrudes from the dashboard rather than being embedded.

As alternatives to the Mitsubishi Outlander we find the Skoda Kodiaq, the Nissan X-Trail, the SEAT Tarraco or the Hyundai Santa Fe. Which one do you like best?