Mini is a car that originated in 1959 with the British Motor Corporation. It is a car that distinguished at that time by maximising the interior space for passengers and having a fairly low production cost, which made it a very popular vehicle in the decade of the 60s of the twentieth century.

It competed successfully for a while in various rally races. Eventually the brand would be acquired by BMW in 1993 with the right to build a new car, which would finally be released in 2001 and later refreshed. The new Mini is a popular car that retains a retro feel and is sold independently alongside the family-oriented Mini Countryman and Clubman. The most exclusive versions are called Mini Jhon CooperWorks and are available with power starting at 231 hp.

Mini is a brand that attracts many people, for its aesthetics and finishes. If you decide to buy a second hand Mini in Malaga it is because you know exactly the type of car you are looking for and we believe that you will not regret it, as it is a very well built car in all senses.

Let's take a look at some of the most popular models: 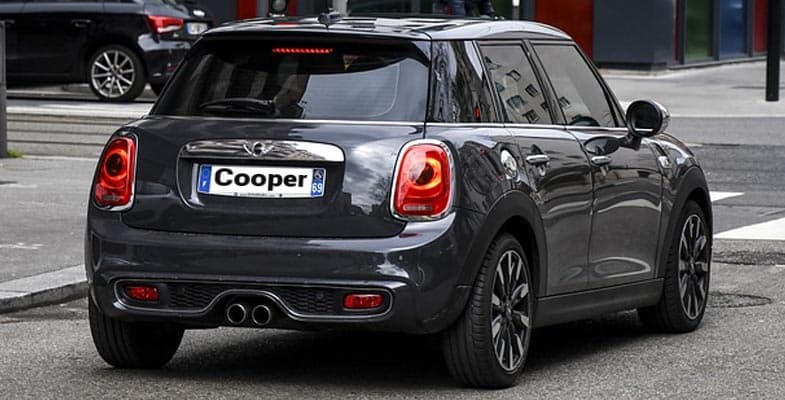 Mini Cooper is a premium car with an attractive exterior and interior design. It can be found electric, although its limited range relative to its price may put some people off; in any case, the Mini Cooper still retains the combustion models in the latest 2021 facelift models. Do you like it and want to know if it's worth buying a Mini Cooper second-hand or new? Let's take a closer look.

The interior has a high-end feel to it, as it should. With its digital dashboard and up to 8.8-inch touchscreen, you have all the information you need at your fingertips, such as driving modes, fuel consumption and roadside assistance. It is interesting to know that the smartphone connection will allow us to update the maps automatically, which is very convenient. The infotainment screen may be small for some; we all like the XXL size when it comes to technology; but they have managed to integrate it into the original design so it misses the possibility of increasing it to 10 inches as in other high-end models.

The exhaust pipe in the central position of the rear panel gives it a very sporty and youthful look, as this car tends to be among the favourites of young people. The front seats have plenty of room, while the rear seats are very comfortable for people under 1.80 metres tall. Heated rear seats are available as an optional extra. The 278-litre boot is not one of the largest, but it can be extended to 941 litres once the rear seats are folded down, so it will help you out in more than one situation.

Engine options include the aforementioned 184 hp electric Cooper SE; the 1.5 turbo with 102 and 136 hp are the most basic options in the range; the 2.0 four-cylinder engine with 178 hp for the Cooper S. Those who want more performance should look at the John Cooper Works with 231 hp, adaptive suspension, sports seats and a very attractive design as well as other extras. Its engine gives a very dynamic and agile drive, which is characteristic of this model and is loved by so many. 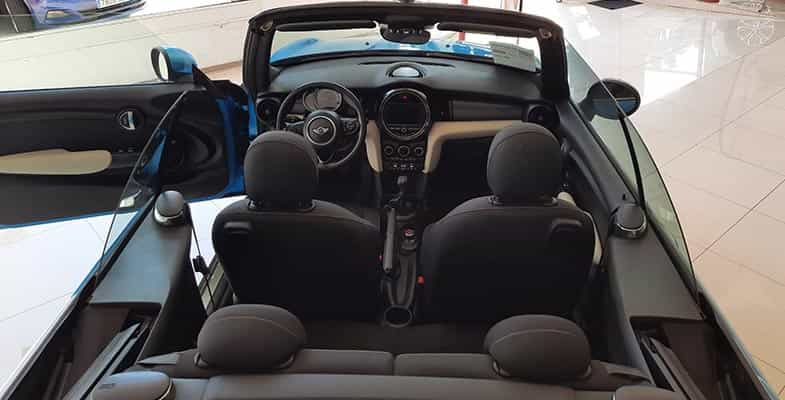 You can find Mini Cooper 3 and 5 doors or the Mini Cooper Cabrio, a convertible that will delight buyers in Malaga thanks to our good weather.

Finally, in case you need to know if it will fit comfortably in your parking space, its measurements are 4.04 metres long, 1.73 metres wide and 1.42 metres high. Do you like it? No wonder, it is a very attractive car with a personality of its own. Ask us about the models available at our dealership in Malaga and come and try it out. 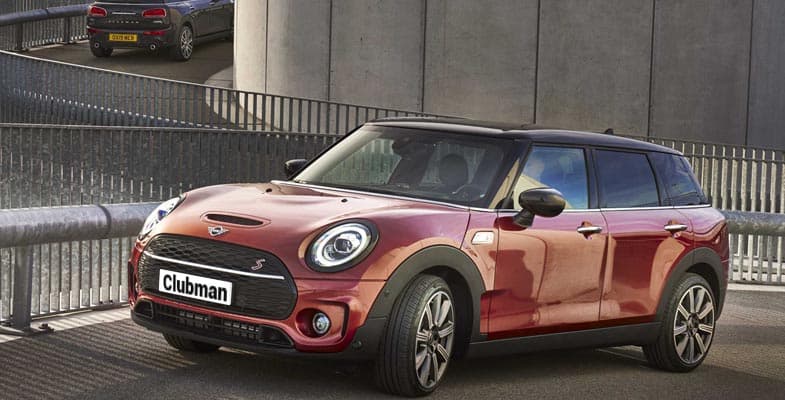 The well-known British brand brings us with Mini Clubman a more conventional, family-friendly and accessible car with plenty of customisation options. If you want to get your hands on a second-hand Mini Clubman, read on to find out more about it.

One of the Mini Clubman's key features is the opening of the boot, which has two horizontally opening doors instead of a single door. The interior is also richly detailed, carefully crafted to make the occupants feel comfortable on the road. The standard 6.6-inch infotainment screen is a little small for our taste; it can be upgraded to 8.8 inches and is located in a circular centre console, following the design pattern of the original Mini.

The seats are spacious, and when we look at the rear seats we can see that they offer a little more space than the Mini Cooper, as this model is a little longer than the previous model. The 350-litre boot is still not among the largest, but it improves on the Cooper and is a decent capacity when the seats are folded down to 1250 litres.

The choice is available in diesel from 116 to 190 hp, petrol from 102 to 192 hp and for those with a racing spirit, the 306 hp Clubman Jhon Cooper Works sports version with a modified chassis is available.

The price for the basic version is from 26,000 euros, but if you go to the dealer you will probably want to add extras which will push the price up to 30,000 euros. Another option is to go to a sales dealer to get it at a better price, for which we invite you to ask us for availability. 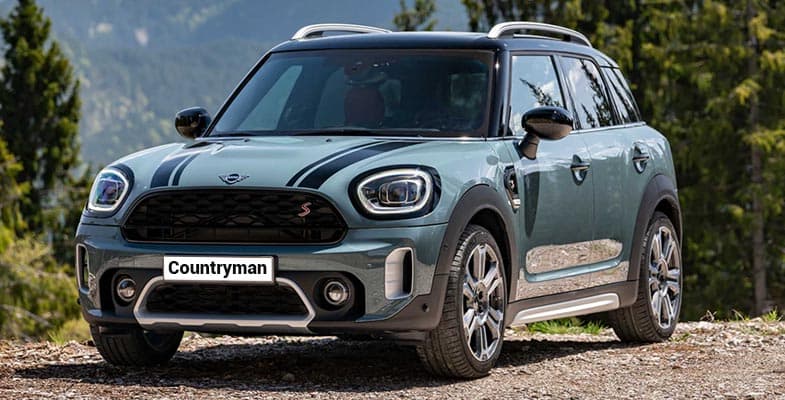 Mini Countryman is the brand's proposal for the currently popular SUV market. It is characterised by retaining the Mini aesthetics, but at the same time offering more space and driving height compared to its smaller siblings. Let's take a closer look, in case you're considering buying a used Mini Countryman.

From the exterior to the interior, there's no doubt that this is a genuine Mini. All of the brand's signature details are retained, details that are so popular with those who are interested in this car. Standard equipment includes alloy wheels, Bluetooth connectivity, cruise control, rear parking sensors and even GPS, but no rear camera or front sensor and you'll have to pay extra for those.

The interior won't dissapoint, even tall people will feel comfortable behind the wheel. The rear seats are also roomy and can be moved to increase or decrease the boot space. For more space we would have to look at other brands such as the alternatives mentioned at the end of this section.

In terms of engines, petrol or diesel are available with power ranging from 134 to 228hp. In the most basic petrol option, the 1.5, we have the option of a plug-in hybrid, which will help us save fuel. According to the latest news the electric MINI Countryman will arrive in 2024, for those looking to avoid relying on combustion engines.

Alternatives to the Mini Countryman would be the Mercedes GLA, Audi Q2 or Seat Ateca among others, if you want to take a look at them in our dealership in Malaga.