Jaguar Motors was founded in England as the Swallow Sidecar Company in 1922, but was renamed Jaguar Motors after World War II. Today it produces luxury cars and is quite popular, with different models also available on the second-hand market at a more affordable price.

Among its models, it has produced some that have become emblematic, even being used in major film productions. It has also achieved great success in various sporting events, most notably in the 24 Hours of Le Mans. On a curious note, Jaguar Motors built the Jaguar XJ220, which was the fastest car in the world until 1994.

The Jaguar brand is at the forefront of technology and is always looking to introduce differentiating elements, making it a brand for the future.

Want a Jaguar at a good price? Let's take a look at the most popular models among our customers: 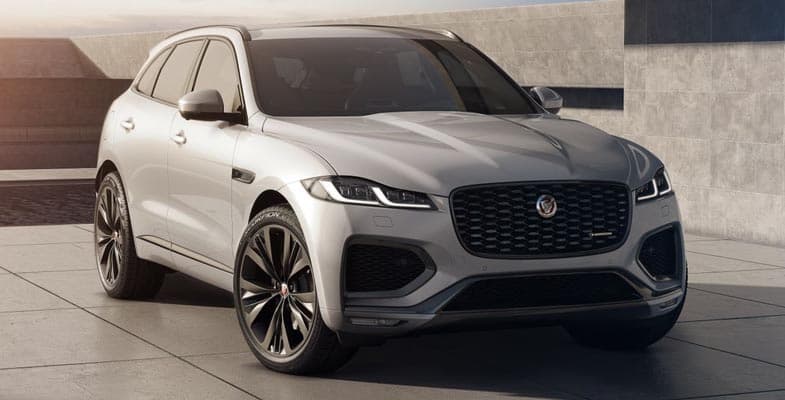 Jaguar F-Pace is here to revolutionise the premium SUV market, providing an ideal vehicle for families or people who want a spacious car. It's one of the brand's most popular models, so you shouldn't have too much trouble finding it second-hand.

It is a car that leaves no one indifferent, wherever it passes it turns more than one head. The beauty of its lines and its interior have nothing to envy to other models such as the Audi Q5 or the Porsche Macan, with whom it competes in this segment.

With the F-Pace, sportiness is set over SUV aesthetics and dynamics, which translates into a firm suspension that helps us handle the steering wheel in the most challenging situations. This car is a pleasure to drive, over both short and long distances. No matter how many hours you want to drive, you won't want to get out of it.

Almost all versions of the F-Pace come with four-wheel drive, but this is more suited to slippery terrain than off-road driving. The entry-level models are well equipped and come with extras such as electrically adjustable and heated seats.

The interior has a sportier feel than other models with a slightly lower driving position. Inside, the boot space is impressive with 613 litres of boot space, which can be increased to 1440 litres if the rear seats are folded down.

The engines are available in petrol, diesel or hybrid from 163 hp to 550 hp. The price for a new one is between 46000€ for the most basic and 98000€ for the most complete and more powerful versions; if you are interested you can look at the second hand offers or contact our advisors for availability. 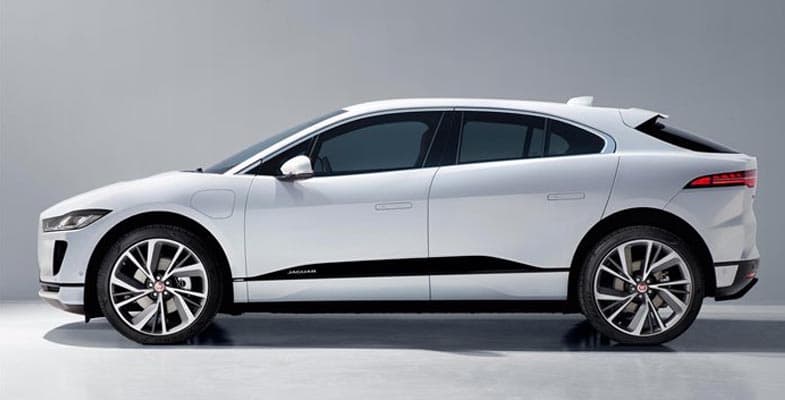 Jaguar I-Pace is the brand's all-electric option to meet the new demand. It presents us with a vehicle that has become one of the best electric cars for those who can afford it, but let's get to know it a little better.

While it's still relatively early to find cheap second-hand Jaguar I-Pace, it's not too early to discover this all-electric proposition. It's a comfortable car to drive and spacious enough to make it a valid option as a family car for travelling or daily shopping. Although electric cars are often characterised by less boot space due to the batteries, the I-Pace's boot is 557 litres, which can be expanded to 1453 litres once the rear seats are folded down.

Why is it one of the best electric cars around? In addition to its power and interior quality, the I-Pace has an impressive range of 470 kilometres and a 395 hp (295 kW) engine. Its top speed is 200 kilometres per hour, which in practice we won't be able to use on our roads, but it's not bad.

Alternatives to the Jaguar I-Pace are Tesla, Audi E-Tron or Mercedes-Benz Eqc considering the range and power of this vehicle, but you can also have a look at other cheaper options with less range.